The admission season is at Delhi University North Campus and making it through it isn’t easy. But who says you can’t get some help?
Gather around soon to be DU fuchchas cause your first class is in session. The admission season is coming and honestly, it’s pretty tough out there. You’re going to be traveling a lot, the sheer variety of colleges and courses are bound to have you in a tizzy and suddenly the world would feel a little more confusing. But don’t let that stress you out. As they say, knowing is half the battle.so here your guide to Delhi University North Campus colleges, including their courses how to reach them and nearby markets where you can grab your grab.

It is one of the most prestigious institutes for higher learning in commerce and Economics.
Popular courses
BA(Hons) in economics ,BCom (Hons) ,MA in economics
MCom ,PGDM in Global Business Operations

Established in 1954, the college has been awarded an A+ grade by NAAC and boasts of an incredible list of alumni
Popular courses
BCom , BSc(Hons) in zoology ,BSc(Hons) in chemistry
BSc in physical science with computer science

It has been awarded A+ grade by NAAC. It has produced alumni who are leaders in various fields
Popular courses
BA (Hons) in economics, M.Com BCom(Hons)
BSc (Hons)in geology and computer science

It is a woman only college and offers additional courses in foreign languages and women and development apart from the regular options
Popular courses
BA (Hons) in economics, BA(Hons) in music
BA (Hons) in psychology, BSc in biochemistry

It is one of the best colleges in the North campus and in India established in 1948, it is known to have initiated science education for women in DU. It is also one of the greenest colleges on campus.
Popular courses
Certificate in French. , B.EL.Ed
BA (Hons) in English, MA in economics
BSc in physical science with computer science

It is one of the first three colleges established under DU. The College has one of the best department of mathematics in the varsity.
Popular courses
BCom(Hons),. BA (Hons) in economics
MSc (Hons) in physics, certificate in French, M.com

Founded back in 1881 as an all-boys institution it accepted women as students after 1975
Popular courses
BA (Hons) in economics, BSc (Hons) in physics
BSc( Hons) in chemistry, MA in English, MA in economics 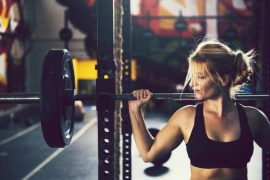 The Best gyms all over the World that you should know